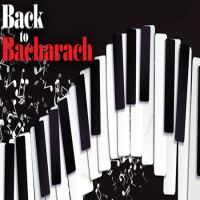 Back to Bacharach is a 2-hour concert celebrating the songs and life of Burt Bacharach. The show is supporting breast cancer with a pound of every ticket going to the cause as well as a £1 donation from the brochure sells. Burt Bacharach is one of the most prolific and successful songwriters of the 20th Century. As a 6 time Grammy and 3 time Academy Award winner, with 73 Top 40 hits in the US, and 52 Top 40 hits in the UK, Burt Bacharach wrote the music for over 700 published songs, which have been recorded by some 2,000 artists – from Frank Sinatra, Cilia Black and Elvis Presley to the Beatles and the Supremes. Along with lyricist Hal David, they were at the forefront of the famous Brill Building in NYC described as ‘the most important generator of popular songs in the Western world.‘

At 87 years old Burt Bacharach still tours the world to sell-out audiences. He himself and his music continue to stand the test of time. The Concert featured some of Burt Bacharach’s most well-known songs performed by Artists such as Dionne Warwick, Aretha Franklin, Barbra Streisand, Dusty Springfield, The Carpenters, Supremes, Roberta Flack, The Shirelles, Petula Clark of the female songstresses and BJ Thomas, Tom Jones, Christopher Cross, Neil Diamond, The Drifters, Luther Vandross, Herb Alpert, Gene Pitney, Isaac Hayes, Johnny Mathis and Elvis Presley. The show is beautifully presented, with many songs that we are all so familiar with, such as; I’ll Never Fall In Love Again, That’s What Friends Are For, Alfie, The look of love, Magic moments, One less bell to answer, Close to you, 24 hours from Tosca, Little red book and many more. To support the music there is a perfectly fitting visual being projected behind which shows news stories and clips from the period each song was written. The audience was appreciating a nostalgic journey through time. All-in-all a good night out would recommend this show to an older audience who will enjoy reliving the songs and the memories of the time.