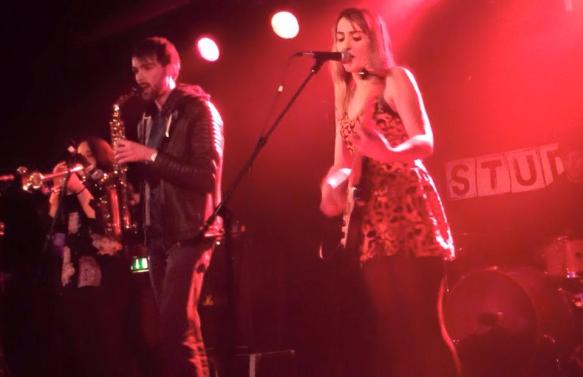 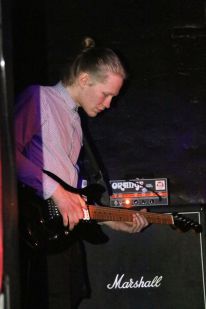 ___
On this occasion I was unable to arrive on time because of prior commitments of a heart healing kind. So i missed the first two bands of this prestigious Rock N Roll charity event. Organized by the very beautiful Rebecca Piltcher to launch her bands new single, while raising funds for Pancreatic Cancer Research and the Edinburgh Rape Crisis Center. The second of Divine’s Rock n Roll grace missions of the week.
___
The two bands that i did arrive in time for, the first that i witnessed. The Jack Hinks Band. Held me in an instant. there is some thing about violins on a Rock n Roll stage that always signals something good. And I wasnae disappointed. Gypsy rock n roll, with two amazing singers. I was particularly blown away with the vocals of Fiona Liddell who had the vocal range of Clair Tory, The Session Musician that sang Pink Floyds, The Great Gig In The Sky. Wow. Now that was something else. Jack Hinks has a band that will secure a very successful career for all concerned.
___
___
The sound system of Studio24 really brought tonights performances alive, having performed on the same stage myself, I understand how much time and effort the wonderful sound engineer takes to make sure that things sound as good as is possible. Meaty and powerful.
___
___ 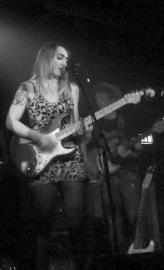 Rebecca Pilcher and No Quarter took to the stage. Ms Piltcher on vocals and lead guitar, striking and beautiful with a voice that melts and invigorates at the same time. Her looks and guitar licks, Divine has been a fan of for quite some time. On Trumpet and supporting vocals Leslie. Adam on Sax. Jamie on Bass, Ian on drums. And a very handsome guitarist called Oliver that played so incredibly well. Divine was more than suitably impressed. No Quarter rocked and even though I hadnae slept for 48 hours. The sonic action took me and the audience to a new level of just appreciation for this bands evolving musical power. I had no option but to dance. Indeed it was a fantastic Gig. With a noble purpose. Oh aye, I’m glad i made the effort. Divine was thrilled.
–
Reviewer : Mark ‘Divine’ Calvert
–