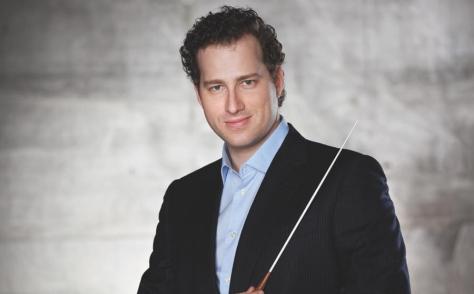 This wonderful evening commenced with Alexander Scriabin’s Reverie, a short but powerful orchestral piece written at the young age of 26, it certainly does have a dream like quality, sadly beautiful.  It starts softly with the tragic melody introduced by the woodwind section, followed by the strings and full orchestra, the music builds and becomes a little more triumphant before descending again into sadness and the return of the opening melody.  Scriabin’s later works became more atonal making use of the mystic chord, highlighting his interest in theosophy. He was also fascinated by the relationship between colour and tone.  A frail and short-statured man who was brought up by his extended family after his mother died when he was 1.  He died at 43 of septicaemia.

This was followed by Sergei Prokofiev’s Violin concerto no 2.  The brilliant Russian born Sergev Krylov, a violin playing prodigy from the age of 5, begins unaccompanied with a bitter sweet harmony, which is taken up by the orchestra moving down into the basses and violas.  Krylov then begins a demanding ‘perpetuum mobile’ technically fiendish but delightful to listen to.  The melody is based on traditional Russian folk music.  The second movement continues with the solo violin’s fast paced melody becoming increasingly complex and passionate.  The third movement is a rondo, the melody of the violin continues increasingly manically with more dissonance and drum beats from the orchestra.  I thoroughly enjoyed this technically difficult and engaging piece.  Prokofiev is widely regarded as one of the major composers of the twentieth century.

The programme concluded with Tchaikovsky’s symphony no 6 in B minor Pathetique, meaning emotional or passionate.  Tchaikovsky died 9 days after the premiere in 1893; he regarded the symphony as a work of therapy and catharsis, having suffered years of depression and angst over his homosexuality.  There is a characteristic recurring love theme.  The opening adagio is poignant if a little pessimistic but a beautiful melody emerges which follows into the more lively allegro, a solo clarinet softly plays the melody until it is barely audible after which the music builds to a climax.  The dramatic and bold 3rd movement encompassing the full orchestra remains largely optimistic in mood building to a bold climax.  The concluding slower movement returns to the more poignant b minor with a suggestion of impending tragedy, punctuated by the love theme, it fades to a brooding end..  Tchaikovsky intended the work to be enigmatic and it is thought there was a secret programme that he wouldn’t reveal.  Did he have a sense of his impending fate?  We will never know, but his musical legacy will continue to be enjoyed by so many.  The distinguished Nikolaj Zneider, also an acclaimed violinist who has worked with the world’s top orchestras, deftly conducted the RSNO in this accomplished and enjoyable performance.