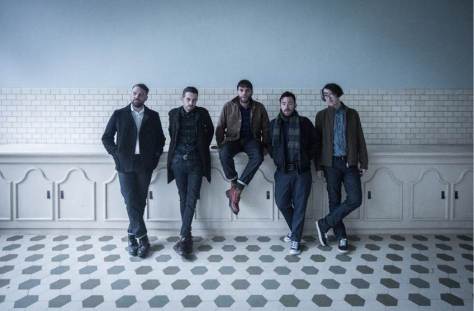 Standing in pride of place in the town centre is the impressive 850-year-old Paisley Abbey – an awesome venue promising a memorable evening, part of Paisley’s The Spree for All Festival (@SpreeFestival). As I joined the queue 20 minutes before doors open, the chat was welcoming and full of friendly greetings. The historic setting and inspiring architecture were rewarded with a fully sold out show and we took our (very comfortable) seats with a great sense of anticipation. The house announcer spoke with enthusiasm about the Festival, as well as the rich heritage of Paisley and its Abbey (@Paisley 2021).

First up was Irish musician Wallis Bird who gave a gutsy performance in the style of Irish traditional music and folk tales; songs full of love and ideas of revelation and intimacy. Her voice rose to reach the vaulted ceiling, filling the hall with a lovely assemblage of melodies. Hitting the body of her guitar to give a deep booming bass accompaniment, she sang “Don’t you know what we stand to lose?” and then in her pure vocals, lyrics and music she exclaims in a beautifully soulful way “I get screwed but I’m not complaining.” Then later a speedy number; “Oh life I love you to my bones”. Bird took command of the stage right from the start and set the evening off on a high note.

The lights dimmed and an expectant silence filled the air, followed by a little introduction and as the members of the orchestra gathered and began to tune up, gradually swelling in volume until it reached the moment of readiness when the music would begin. Then all attention turned to the conductor, John Logan. He it was who was largely responsible for the evening’s one-off collaboration with the acclaimed indie rock band, Frightened Rabbit. Logan’s idea was to write an orchestral score that would accompany Frightened Rabbit’s own songs – well known to the fans whose presence lent the evening an extra air of excitement in their enthusiasm for the music.

It was clear from the start that this was to be a collaboration between two mighty musical entourages. On the one hand the Royal Scottish National Orchestra, on the other the 5-piece ensemble known as Frightened Rabbit, whose current lineup consists of Scott Hutchison (vocals, guitar and principal song writer), Grant Hutchison (drums), Billy Kennedy (guitar, bass), Andy Monaghan (guitar, keyboards), and Simon Liddell (guitar). Each song resonated powerfully as it built up to a climax between the orchestra and the band, the sound dramatically emphasised when the walls and ceiling were lit up in red, white and blue. Somehow the drama lent strength to the lyrics rather than overpowering them. It was as if torrents of Frightened Rabbit’s Indie rock music penetrated into the very walls of the great hall itself.

There was an obvious strong bond between the band and their fans, evident in the reactions of the band themselves and in the waves of recognition as familiar and well-loved numbers were performed, some with and some without the orchestra, such as ‘Poke’ and ‘Good Arms vs Bad Arms’. When they performed the song ‘Floating in the Forth’ on their own, it felt like a rather dark affair of being lost in the water, only for the music to be drowned by the return of the orchestra led by Logan. This moment generated a most pleasurable sense of happy satisfaction and served to emphasise the spectacular amalgamation between these two musical forms, and one which served to enhance my own appreciation and understanding of this extremely accomplished band.
All in all, the entire evening was characterised by a strong feeling of being made most welcome, made comfortable in an absolute feast for the collective senses. The music enthralled and enticed in a most impressive and deeply meaningful way. One felt the sense of pride behind The Spree itself in its mission to present its audience with something unique and memorable. Which indeed they did. This was a special evening, not least because it was literally a onetime event deserving a lasting place in the heart of everyone there. The finale, ‘Keep Yourself Warm’ rose to the high ceilings and was answered with prolonged cheering from the fans, including me. If you get the chance I would recommend Frightened Rabbit live.