The Thunder In The Highlands Tour

Back in the olden days, when I were a lad. Music was everything to me it was a natural progression of my inner Superhero and I held my first musical inspirations in the same light. It was the costume that I loved and Toyah matched that in real life. Bringing fantasy to life through theatre, Rock N Roll, make up and style. I loved Toyahs first three albums. Sheep Farming in Barnett, Anthem and The Changeling. The Changeling was my fave, a Pixie concept Album that brought Miss Wilcox’s magical creativity to life.

I was 14 at the time and best mates with Jengerisers, my partner in crime and musical sparing companion. At that point in my life “1982” I had only ever been to WMC Gigs. Toyah was coming to town, to Bradford St Georges Hall, I saved up my dinner money and bought a ticket. Jengerisers did the same. As you can guess I was very very excited as this was my first proper gig ever and I was about to see Toyah in real life. It was fantastic performance art that still resonates with me 38 years on. The Changeling brought to life while visiting all her earlier hits. I fell in love with the big gig experience that night. The morning after the gig, Me and Jengerisers bunked off school and headed down to the Norfolk Gardens Hotel to see if we could meet Toyah and her band. Our mission was successful Toyah was Lovely and we got autographs from all of the band, It was then that I became a fan for life.

This was when the evolution of Makeup began for me too Toyah set the benchmark for looking brilliant. I soon learned that looking that good took a lot of time and effort to achieve. It was The Its A Mystery EP and Toyahs makeup on the cover that was what I was aiming for. Both Toyah and Steve Strange enthralled me for the same reasons. Where faces became canvases for rich expression of Temporary Art. The style that easily transcended gender and looking as good as possible was an evolving process.

Bradford, back in the early 80’s was a pretty grim place, still held in the fear of The Yorkshire Ripper, 3 day weeks, unemployment and being in the hell hole of a school called Grange. Toyah, Gary Numan Bowie and Visage gave me the escape that I needed. I never adhered to be a rock star. But I did adhere to looking that good. That was the key inspiration. It didn’t come easy, the makeup I mean, it took many years and countless hours of practice, I even did a beauty therapy course to perfect the look. Dressing up became a full-time occupation. A big colourful fuck you to Thatchers Britain and an education system that failed me. , Dance, Style, Makeup, Music and making love, were my reasons for living and escaping in equal measure.

As I write this preview and look back at the photographs of Toyah that I fell in love with as a kid, I can still feel the inspiration to be creative that gripped me 38 years ago and completely understand why I was so excited and inspired. Its been a lifelong inspiration, even now at 52 years old I put just as much effort into doing my makeup as I did when pushing the boundaries of Northern Working Class Culture, Back in the early 80’s Homophobia was rife and this was one of the reasons that made my school life hell. This all started before I began wearing makeup, I never have been Gay, men and cock never has done it for me so I would have made a crap puff. However, I found the strength and courage to start a personal transformation that would indeed give people cause to think that I might have been Gay. The funny thing was that the more makeup I wore, the more girls wanted to get off with me. This turned my tormentors blue with fury. And the echos of “Calvert ya Queer” echoed around my consciousness for the best part of a decade. It certainly opened my eyes at a young age that being Gay was not a bad thing. I always felt safe in Gay Clubs and Bars. The torment and abuse did have an effect on me, I knew I might have looked femme but I knew I wasnae gay, so I set about proving that I wasn’t and that involved getting off with as many beautiful Ladies as I could, I guess to prove to the world that I wasnae gay. I loved sex and there was a lot of it. When one looks that fabulous it goes hand in hand with having a Good Time ❤ Toyah shaped my life. I love her. ❤

Investigating Toyah has been a rich experience in understanding what makes a person be themselves in the face of absurdity. Indeed looking amazing seems to go hand in hand with healing the inner child. Beginning her life with a physical disability and a lisp. Both of which Toyah overcame to become a fully formed successful artist and pioneer. How Toyah has the healing power of the Divine. and Spirituality came to her at the age of 4 with the realisation that we are all just a speck of dust in relation to the vast infinity of the Universe. What an inspiration she is. ❤ Make up, Divinity, Creativity and Performance Art. My first inspiration and the longest lasting. It is only just now that I realise why. Toyah had the answer. Toyah is a Spiritual Healer too. Make Up and fruity coloured hair has Powers. beyond being Punk As Fuck.

I got to The Liquid Rooms in time to see the support band Gothzilla. A local Edinburgh Goth Band that got me boogying straight away, Gothzilla are like a Veteran Sisters Of Mercy, Three guitars and a drum machine. Aye they really rocked tonight the perfect warm up for Toyah. I was having such a Good Time. Once the support band had finished, the place was rammed in anticipation of The High Priestess Of Punks return to Aulde Reekie. She looked marvellous and I was much closer to the front of the stage than I was at St Georges Hall, back in the olden days. Toyah looked Marvelous with a tight-fitting mirror ball dress, she looked strong and majestic. The penny really dropped tonight, Toyah set the benchmark for my ideal Woman back in 1982. and she still has it, fit as fuck, with Punk Rock attitude.

She performed a balanced set of classics and songs from her new Release. In The Court Of The Crimson Queen, perfect for live performance and taking its lead from classic Led Zepplin. There were a few first-night gremlins and on the whole I think the performance was too big for the club, The Sound even cut out completely on Good Morning Universe, apart from the vocals and only briefly, as you can guess Toyah was more than a little miffed.

She really wrestled with the sound all night. Not that it hampered our enjoyment the sound was perfect for the audience. My favourite moment was Brave New World. Indeed it was Brave New Worlds art that I fell in love with as a kid, as she sang I could see the picture disc that I had when I was 14. I think I lived that song more than any of the others. Aye Awesome Stuff.

Toyah still held the same beauty tonight as she did back then. She was just as sassy and sexy. Robert Fripp is one lucky man. Toyah eventually got over her sound issues and ripped into the classic singles. Ieya, Its A Mystery, I Want To Be Free, she did a marvellous rendition of Martha And Muffins Echo Beach and some really nice album tracks like Danced and Angel And Me from The Changeling. It was fantastic, Toyah had me completely, I couldn’t stop singing it was really really good fun.

Slipping in a new song called Come, Toyah got all sexy and I fell in love with her that little bit more. the last time I saw her live was 38 years ago and Toyah thrilled me tonight just as much as she did back in the olden days. My guess is that the sound glitches will have been worked out over the rest of The Thunder In The Highlands Tour. If you get the chance go and see Toyah. A True Divine Nemesis. 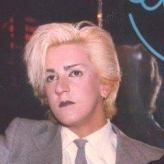 One thought on “The Divine Toyah”