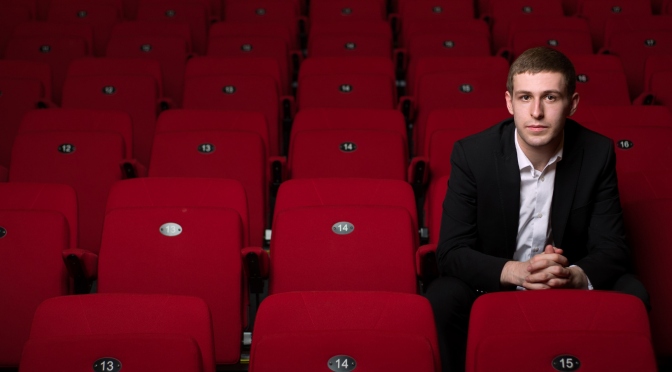 Hello Ryan, first thing’s first, where are you from & where are you at, geographically speaking?
I was born in Aberdeen and brought up in Buckie, in the North East. I’m now based in London, having gone via Glasgow where I did my undergraduate degree.

How interested are you in the North East’s folk music?
It’s the one thing I miss living in London – I grew up playing in all the fiddle festivals, before joining the Strathspey Fiddlers in secondary school. Through them I found myself part of an amazing community of traditional musicians in Moray who I used to play with all the time, and whenever I go home I try to get people together for a tune. I learnt a lot from that environment, and I think it’ll always be in me and influencing my music, no matter where I am or what I’m doing.

When did you first realise you were musical?
I remember from a young age, early primary school, nagging my parents for piano lessons. It was always piano, never anything else. When I started at seven years old, I drew to it straight away, I never needed to be told to practice.

Can you tell us about your training?
I went to the Royal Conservatoire of Scotland, originally to study traditional music but after my first year I switched over to classical piano. I loved the traditional course, but I think I felt that if I wanted to keep my options open later on, having that rigorous classical training would stand me in good stead, which was definitely the right call. I graduated in 2017 and moved to London, where I worked in theatre for a couple of years, and now I’m doing a masters degree in jazz at the Guildhall School of Music and Drama.

You have worked with many a top of the shop pieces of musical theatre – which are your favorites & what is it about the genre that makes you tick?
It’s hard to choose a favourite because the thing I love about working in theatre is the breadth of style it carries – for someone like me who loves variety in their work, it’s a great career as each show you work on is different. West Side Story would probably be the one that comes to mind first. It’s the show I’ve done the most (I’ll never forget playing a few shows on the International Tour with that incredible New York rhythm section), and all those conflicting styles within it really excite me. I also love The Light in the Piazza. But now that I’m involved in jazz, I‘ve come to appreciate the Great American Songbook composers more than ever – Jule Styne for me is the master. I don’t think you can find better than his scores for Funny Girl and Gypsy.

You have also worked with Pixie Lott in recent years – can you tell us about it?
I met her last year, we were both part of the RAF’s 100th Anniversary Gala at Drury Lane – I was working with the West End cast who were performing throughout the evening, and Pixie was the guest. She came into rehearsals a couple of days before the gig, and decided she wanted to perform one of her new songs at the gala with the Royal Philharmonic Orchestra, so the two of us went off to rehearse it and I orchestrated it for the RPO who were arriving the next morning. She must have liked something about what I did for her as we kept in touch and when I left Les Mis, she asked me to film some of her new music with her. Now I gig with her regularly, and she’s one of the loveliest people I could hope to work with.

What does Ryan Mackenzie like to do when he’s NOT being musical?
I love travelling – I’m lucky that a lot of the work I get takes me to new places, but any time I have a few days off, I try to jump on a plane somewhere. I love photography too. And reading – getting stuck into a good book is one of the only ways I can get out of my own head. I really struggle to switch off. Especially at the minute since I’m juggling lots of freelance projects, Let it Snow preparations and my masters. 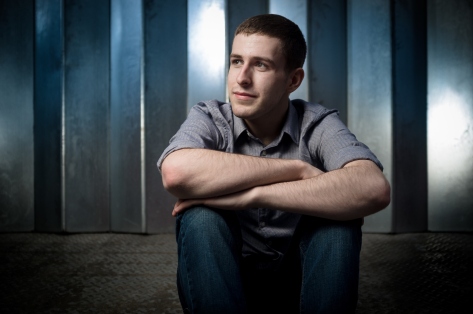 This year sees the fifth anniversary of Elgin’s Let It Snow Charity Christmas Concert – which you are producing. How did you get involved?
Myself and a few friends started the event as a fundraiser for Lucy’s Fight not long after Lucy was diagnosed with motor neurone disease. She formed the charity to raise money for MND Scotland, so we thought we’d do our bit to support her while we were home for Christmas. It was originally planned as a one-off, but it got such a great response that we decided to do another one the following year, which sold out. Now it’s become a really big event in Moray – this year we have three concerts, and the tickets are disappearing pretty quickly. I’m delighted that people keep coming back to support us and give so generously to Lucy.

Who have you got lined up for us this year?
We have our big band as usual, this year being led by amazing trumpet player Joshua Elcock and made up of both local talent and some of the best young musicians in the UK. Joining them as their guests are singers Rachel Lightbody, Emilie Boyd, Fiona Milne and Jasmine Dey. We’re also working with a community choir, and have a few local primary schools coming to perform too.

You’ve got 20 seconds to sell the concert for somebody in the street, what would you say?
It’s a really special way to kick off the holidays – it’s incredible that these musicians come up to Moray so close to Christmas to raise money for a local charity, and the collaboration between them and our local musicians is something worth seeing. For us, it wouldn’t be Christmas without Let it Snow. 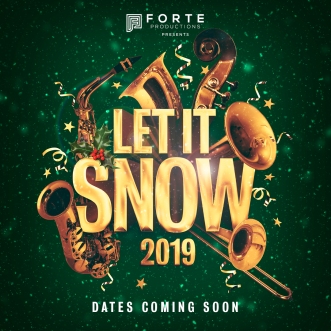 Neil Sturgeon and the Informaniacs / The Jackal IV / The Reverse Cowgirls