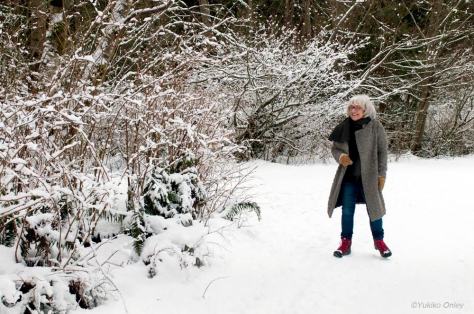 When did you first realise you were musical?
I cannot remember a time before music – its just always been there.
I was very close to my Granny who had a beautiful voice.
She taught me a lot of songs .

When did you first realise you could sing?
I just always did. I sang at gatherings of neighbours where there might be a piano or fiddle. I remember being told, by one old man who wanted a song, saying ” ye have a voice like a linty” ( a linnet).
My heart swoll up with pride!

What for you makes a good song?
A good song is one which pulls at the heart… which speaks to the listener’s fundamental emotions of joy and pain, love and loss.
It can be sung by Elvis, or the person in the street or the greatest of the classical singers – anyone who gets to the essence of the music

What does Elspeth McVeigh liek to do when she’s not being musical?
I read, I hike, I meet with friends and work with an animal charity, I go to concerts!

Can you tell us about your Edinburgh performances : where & when & what?
I’m returning to the Fringe after a successful first try last year – which was early to 19th cent Scottish songs with a theme of emigration. This year I’m exploring the juxtaposition of 17th cent Scottish and French music – two very different styles… Most of this music is pretty obscure and rarely performed, although simply gorgeous. I start with two slightly more formal concerts at St Andrews and St Georges West, ” Ayres of France, Graces of Scotland” accompanied by really wonderful Scottish musicians on theorbo ( which is a very large lute) fabulous player, Kristiina Watts, and baroque fiddle. The last week of the Fringe sees me back at the Space at Surgeons Hall with a nightly performance of early Scottish and European street music ” Remember Me My Dere” This programme is accompanied on clarsach – the Scottish harp. An excellent player, Calum Mcleod accompanies. To explain, early music like this relies on a lot of improvisation from the musicians.
The basic melody, the structure is there, but it is up to the performers to interpret and bring the pieces to life.
The meaning of the poetry, the story behind the song is what drives the music, not the other way about!

How is the music of the ballads standing up after such a passage of time?
Amazingly well!
Its simply extraordinary how you can come across a ballad which tweaks a memory and right enough… there it is being sung by Dylan to this day (I was at a Dylan concert a couple of weeks ago) or in a pub by musicians who have no idea that what they are singing was written ,sold and sung in the 17th or 18th cent ( or earlier for that matter).
Then of course there’s the delight of these same songs turning up in the US in the 19th cent …
I’ll be singing a couple of Appalachian songs at Surgeons Hall with the clarsach… wonderful the flexibility of the music.
I think of it all as form of Jazz – fabulous! 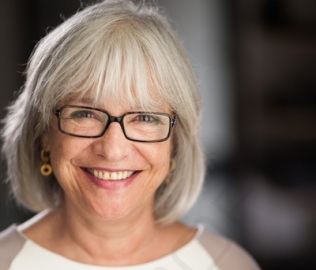 What may modern song-writers to learn from the ballads?
Just about anything and everything. I think we also forget that the greats of what we think of as strictly “classical” from Monteverdi to Mozart and contemporary composer, have all drawn inspiration and even the bare melody from what might be called ” the folk tradition” – something embedded in Bach, by the way. It is impossible not to be influenced by this immense wealth of music which has passed into our musical subconscious, so to speak. You can hear it in music of the 1930’s and 40’s as well – wonderful stuff!

How did last nights performance go?
Yesterday’s performance was the first at this year’s Fringe and it was a real pleasure to give and a success.

There was a large audience, who all appeared to enjoy the concert very much. The accompanying musicians were great and the songs and music – 16th and 17th cent Scottish and French – clearly had a powerful effect. Afterwards, a number of people approached me to thank us for either introducing them to a genre they were not familiar with, or simply that overall they enjoyed the music very much.

Which song did you feel resonated most?
Thats always a difficult one, but I think it was the final song in the programme, which is Scottish and dates from about 1530
” Remember Me My Dere”. It is a haunting love song which speaks across the centuries…

What does the rest of 2017 hold in store for Elspeth McVeigh?
I have a busy autumn and winter season ahead in Vancouver – exploring baroque Spanish music and a concert of 1940’s and 50’s songs. Perhaps most exciting of all, a concert of 16th cent Christmas music playing with Chinese musicians.
The Chinese harp and violin have a sound which sends shivers up your spine – Monteverdi and his contemporaries would have adored these instruments had he had the chance to hear it, of that I am sure!