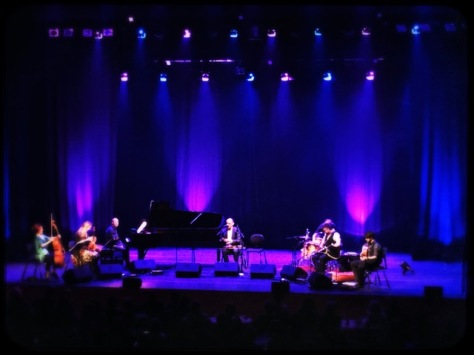 The last time I heard Duncan Chisholm play was in Perth Concert Hall, when he supported the exquisite voice of Julie Fowlis. This time round he took the limelight and offered to a rapt Perth audience a selection of familiar compositions as well as a few from his new album “Sandwood”, named after the isolated beach in north-west Sutherland. Chisholm has spent the past few years visiting there and drawing inspiration for his new project. If you are lucky to have been to Sandwood Bay you’ll instantly understand the music. It’s magical.

Chisholm’s work is intensely evocative of land and sea, and he captures in sound the Celtic idea of “thin places’ – places in the landscape that are closer to the spiritual than others, in pieces like the opening “The Light of Tuscany.” Chisholm’s fiddle soared above a rolling soundscape of piano and uilleann pipes. The music is mesmeric, almost numinous, but always with a directness that belies Chisholm’s sheer brilliance with the bow. The second composition, “Haze across the sun,” is the musical distillation of a Highland Summer morning where “everything” as Chisholm explained in his lilting highland accent, “is bursting with life.” The piece explodes with the combined talents of Chisholm’s “Gathering”: Jariath Henderson on pipes and whistles, Donald Shaw on piano, Innes Watson on guitar, Su-a Lee on cello, Donald Hay on drums and Perthshire’s very own Patsy Reid on violin. The driving traditional rhythms of this piece build to a climactic shout of sheer energy and joyfulness. 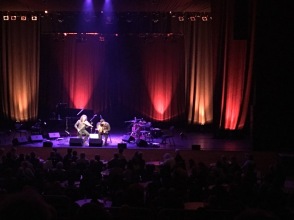 “A Precious Place” brings the tempo to waltz-time. The simple refrain sees Chisholm and Hay (who wrote the piece) lyrical, wistful, and utterly without sentimentalism. But this is just a pause for breath before the Gathering is called again for the jubilant “Dizzy Blue’. Chisholm draws his inspiration from Scots and Irish poets, and the title of this piece is from “Summer Farm” by Norman MacCaig, – “A swallow falls and, flickering through/The barn, dives up again into the dizzy blue.” You could be just there, listening to this. “Running the Cross”, “An Ribhinn Donn” and “The Farley Bridge” saw Chisholm returning to the “Strathglass Trilogy” of albums – “Affric”, “Canaich” and “Farrar”. Again, the evocation of place and the keen feel for the essence of a moment are Chisholm’s recurring idées fixes. “An Ribhinn Donn” is particularly beautiful – a lament for the lost beauty of a brown-haired girl.

It is always a thrill to be exposed to artists new to the ear. Martin Hayes and Dennis Cahill opened the evening with wickedly skilful Irish fiddle music. The two play together with the speed and dexterity of the Irish Rugby Team. It was a real joy to listen to new tunes and watch two wonderful performers who held a packed concert hall hanging on each note, as they communicate their own sheer enjoyment through the music. The Gathering were joined on stage by Hayes and Cahill for a finale, introduced simply as a “tune from Donegal”, that was utterly gorgeous and will be one I’ll be searching for just to remember how beautifully a very entertaining evening was rounded out. I left the concert not only wanting to revisit all of Duncan Chisholm’s past work, but to comb again the beach at Sandwood.